On stages, using matte black gaffers tape can provide black edges to tables, chairs, and other props; it can be used to hide cables from the view of the audience or camera; and soften clattering noises of shoes on stage; and it is used to fasten props on shelves in a moving set. 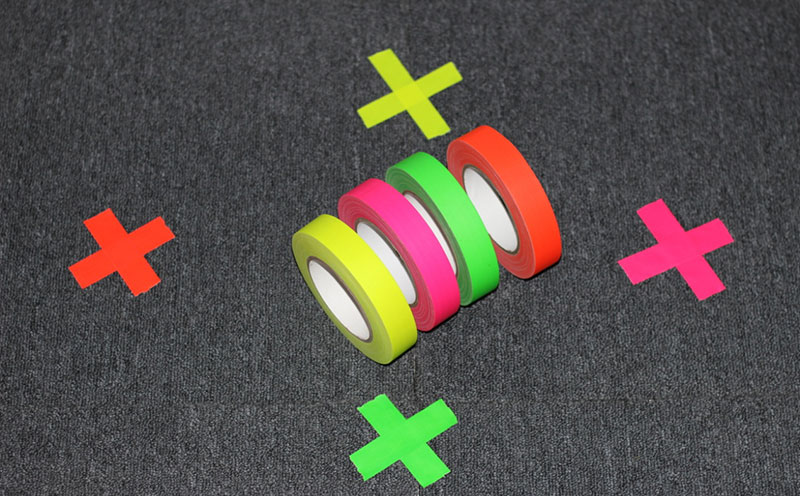 Spike tape is used to create a stage marking called a spike. It is a special gaffers tape. Spike tape may also be fluorescent so that it can be easily seen by the running crews moving set pieces during a dark scene change.

Fluorescent Spike tape use for a film & television production or stage spike tape, as a marking around the stage. The film crew or stage management team usually use two pieces of tape laid in an "X" shape. This marking is used to show the correct position for set pieces, furniture, actors and other items which move during the course of a performance and are required to stop or be placed in a specific location.

Fluorescent spike tape use for a labeling tape on light control board, DJ mixing board, audio mixer. It is also called DJ tape. It helps DJ mark where certain tracks, or certain parts of the track start.

What Colors does Gaffer Tape Come In?

What is Gaffer Duct Tape？