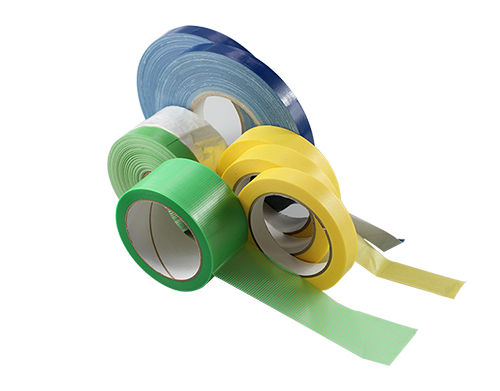 The masking tapes backing requires a paper or cloth that is easy torn by hand, so that no cutting tool is required. The masking tape’s adhesive, which must be able to be removed without leaving residue.

Known for masking tapes ability to bond the surfaces to be covered and then be easily removed without damaging surfaces, it requires both a specialized adhesive and an easy to handle backing.

The tape backing for masking tape painting requires a paper or cloth ,some higher end  tapes use a polymer film rather than paper, but this creates a much more expensive finished product.

The masking tapes painting adhesive, which must be able to be removed without leaving residue, is a synthetic rubber with properties similar to organic latex-based rubber adhesive.

It including Painter’s tape and Temporary fix tape.

The painter’s tape is commonly used to cover areas which shouldn’t be painted when painting and create a straight edge, sometimes also named fine line tape.

Temporary fix tape is use for fixing, binding, sealing, or mending. They are easily removed tape less adhesive residual.

The gaffers tape, spike tape and chroma tape all are cloth masking tape, they are special masking tape use in film and TV entertainment.